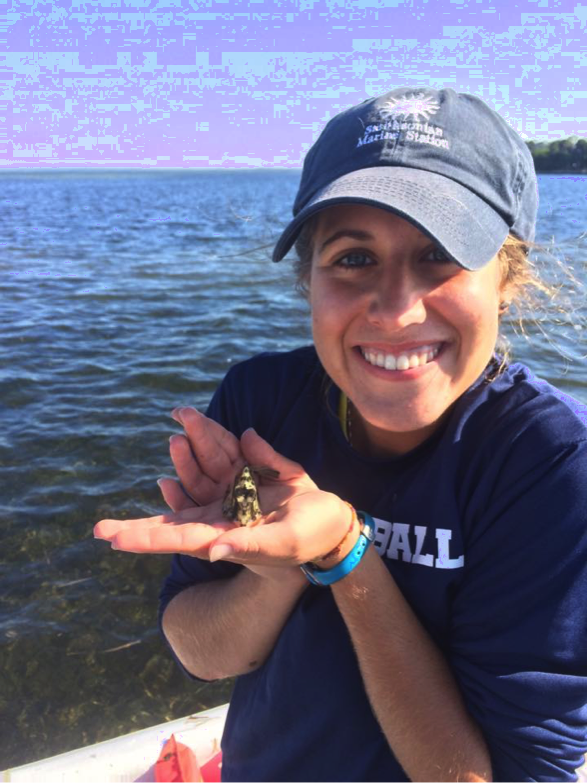 Olivia Carreti is interested in understanding how organisms interact with changing habitats, especially in light of climate change and increased anthropogenic influences in the marine environment. She received her BA from St. Mary’s College of Maryland where she studied settlement patterns of blue crabs in shifting SAV communities in the Chesapeake Bay.

Olivia now comes to us from the Dauphin Island Sea Lab where she studied the potential impacts of exotic tiger shrimp on native shrimp species in the Gulf of Mexico. For her MS at NC State, Olivia will be studying the underwater soundscapes and fish production of heavily fished oyster reefs in Pamlico Sound to understand their total contribution to the estuarine soundscape and fish community. 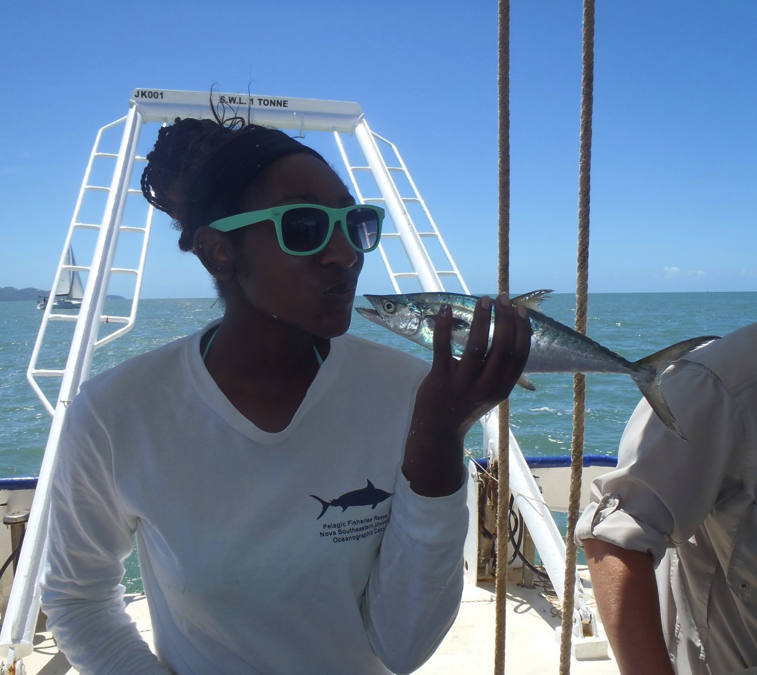 Kayelyn Simmons received her MS degree from Nova Southeastern University where she researched the parasite diversity within the lionfish complex, Pterois volitans/miles, in the Western Atlantic, Caribbean, and the Gulf of Mexico. For her doctoral research at NC State University, Kayelyn will be exploring the impacts of sport diver harvest behavior on lionfish populations and the surrounding reef habitat under three different marine sanctuary zones. 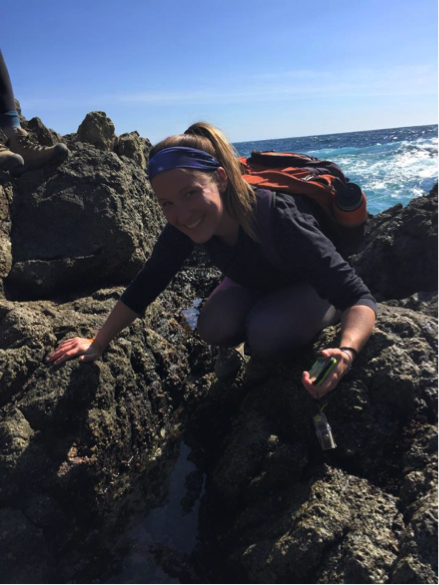 Erin Voigt is interested in community and landscape ecology as well as biogenic habitat conservation. She received her BA from St. Mary’s College of Maryland where she studied the effects of coastal acidification on juvenile oyster calcification and her MS from San Diego State University where she studied the effects of mesograzer biodiversity and structural complexity on eelgrass ecosystem function. For her PhD research she is planning to examine how coastal landscape mosaics affect biogeochemical cycling in relation to oyster health.

Daniel Bowling earned his BS in Marine Biology and Environmental Science at the University of North Carolina at Wilmington. Following this, he spent many years working and conducting research abroad in Australia and Fiji where he worked with local communities, NGOs, government, universities, and tourism to address local and regional issues, protect critical habitats, study endangered and vulnerable species, and conduct education and community outreach.

His interests are in applied ecology where inter-disciplinary science can investigate and develop real-world and practical solutions. For his PhD., he is working with local oystermen, The Nature Conservancy, North Carolina Division of Marine Fisheries, and regional university colleagues to design and test a statistically robust, cost-effective fishery-independent population survey methodology for subtidal and intertidal oysters in North Carolina.

This new sample design aims to fill some of the data gaps currently surrounding the fishery, which will allow for the future development of a stock assessment.

Ian Grace is interested in population dispersal and connectivity. He received his BS degree in Marine Science from North Carolina State University where he researched methane seep habitat composition and species diversity. For his MS research, he is using LA-ICPMS to assess elemental composition in mussel shells and identify spatial, bathymetric, and temporal patterns in composition that may infer dispersal among deep-sea methane seeps in the Gulf of Mexico and on the West Atlantic Margin.

Melissa LaCroce is interested in community and benthic ecology as well as habitat conservation. She received her BA from Manhattanville College where she studied the distribution of predator species, Hemigrapsus sanguineus and prey species, Littorina littorea in western Long Island Sound rocky intertidal zones.

om the University of North Carolina Wilmington. There she studied the seasonality and recruitment of the epibenthic community on an Onslow Bay, North Carolina hard bottom.

As the technician in the Marine Ecology and Conservation Lab she plans to assist all current and future students with their projects and continue to be a life-long learner. Melissa is looking forward to learning more about drone mapping and soundscape metrics.