Our study in Pamlico Sound, North Carolina has produced hundreds of hours of recordings of oyster reef habitats and off-reef soft bottoms. There is a tremendous amount of variation in the soundscape in space and time (which our research is attempting to quantify), but there are consistent differences between the habitats, biological and physical sounds common to habitat-types, as well as interesting transient noises.

Listen to an example of typical reef sound and off-reef sound (recorded at the same time) below.

You will notice that the reef sound clip is far noisier, replete with the snapping and crackling sounds of snapping shrimp. There are also fish calls (drumming, knocking, whistling) from common species of sound-producing fish. In the off-reef sound clip you can hear some far-away snaps of invertebrates, and intermittently a fish sound, but primarily the sounds of waves and water flow over the hydrophone.

Below we have selected recordings to highlight the biological and physical contributors to the oyster reef soundscape. Because these are recordings of the ambient reef sound, each clip contains a mixture of sounds. If you want to hear the sounds of specific fish, invertebrate and mammals click over to DOSITS audio gallery or visit Dr. Joe Luczkovich’s fish sound archive. 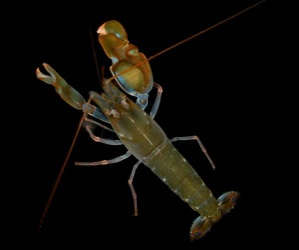 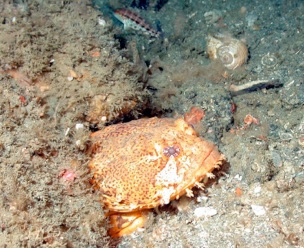 There are plenty of fish on our oyster reefs, and many species produce loud knocks, honks, croaks, grunts and purrs. The clips above contain a combination of fish sounds present on the reef.