This is the second year of the project, working with NOAA Fisheries researchers in the Atlantic Marine Assessment Program for Protected Species (AMAPPS; https://www.nefsc.noaa.gov/psb/AMAPPS/index.html). 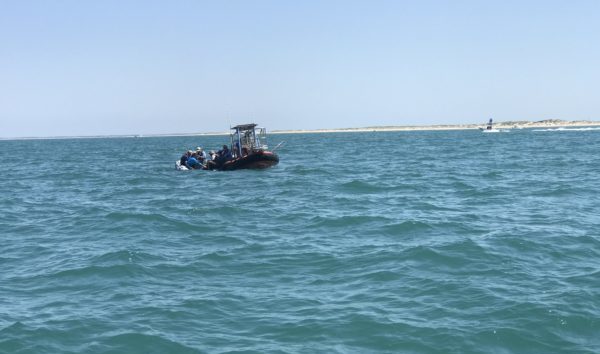 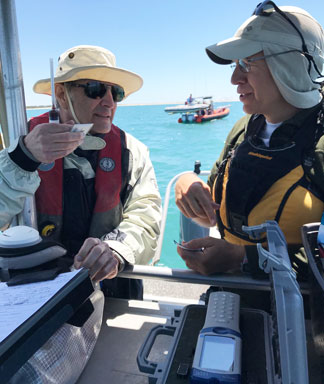 Dr. Stoskopf and Dr. Harms using point of care analyzer to measure blood gases and lactates on support boat while capture boat moves off to find the next turtle.

Most of the turtles appeared to be in excellent health, and there were abundant cannonball jellies (Stomolophus meleagris) in the area as a food source, but one turtle had sustained recent (healing) propeller wounds on its shell, and another had a small recreational fishing hook and monofilament line that was removed from a flipper by the researchers.